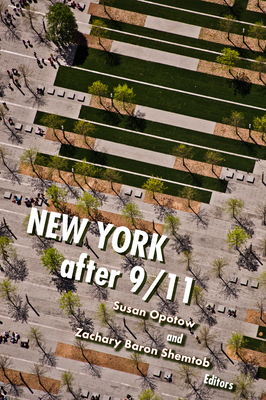 An estimated 2 billion people around the world watched the catastrophic destruction of the World Trade Center. The enormity of the moment was immediately understood and quickly took on global proportions. What has been less obvious is the effect on the locus of the attacks, New York City, not as a seat of political or economic power, but as a community; not in the days and weeks afterward, but over months and years. New York after 9/11 offers insightful and critical observations about the processes set in motion by September 11, 2001 in New York, and holds important lessons for the future.

This interdisciplinary collection brings together experts from diverse fields to discuss the long-term recovery of New York City after 9/11. Susan Opotow and Zachary Baron Shemtob invited experts in architecture and design, medicine, health, community advocacy, psychology, public safety, human rights, law, and mental health to look back on the aftereffects of that tragic day in key spheres of life in New York City. With a focus on the themes of space and memory, public health and public safety, trauma and conflict, and politics and social change, this comprehensive account of how 9/11 changed New York sets out to answer three questions: What were the key conflicts that erupted in New York City in 9/11's wake? What clashing interests were involved and how did they change over time? And what was the role of these conflicts in the transition from trauma to recovery for New York City as a whole? Contributors discuss a variety of issues that emerged in this tragedy's wake, some immediately and others in the years that followed, including: PTSD among first responders; conflicts and design challenges of rebuilding the World Trade Center site, the memorial, and the museum; surveillance of Muslim communities; power struggles among public safety agencies; the development of technologies for faster building evacuations; and the emergence of chronic illnesses and fatalities among first responders and people who lived, worked, and attended school in the vicinity of the 9/11 site. A chapter on two Ground Zeros -in Hiroshima and New York - compares and historicizes the challenges of memorialization and recovery. Each chapter offers a nuanced, vivid, and behind-the-scenes account of issues as they unfolded over time and across various contexts, dispelling simplistic narratives of this extended and complicated period. Illuminating a city's multifaceted response in the wake of a catastrophic and traumatic attack, New York after 9/11 illustrates recovery as a process that is complex, multivalent, and ongoing.

Susan Opotow (Edited By) Susan Opotow is a Professor at the City University of New York, where she is a core faculty member of sociology at John Jay College and psychology at the Graduate Center. Zachary Baron Shemtob (Edited By) Zachary Baron Shemtob is a practicing lawyer and former Assistant Professor of Criminology and Criminal Justice at Central Connecticut State University.