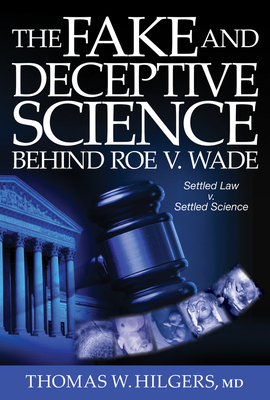 
Call or email for availability
Our schools and healthcare institutions have abandoned the Hippocratic Oath and the Declaration of Geneva and replaced it with a policy of lethalism …This is a direct result of the Court’s acceptance and promotion of archaic scientific reasoning (Roe v. Wade) that, at best, would be considered pre-medieval and clearly out of touch with scientific reality. Fallout includes the expansion into fetal experimentation, human cloning, embryonic stem cell research, infanticide, and even physician-assisted suicide programs. The respect for life ethic has slowly been removed as the Supreme Court has so strongly supported the “lethalism becomes a way of life” ethic. Especially interesting is the lack of support for any positive solutions to these issues.

The recognition is that life at all stages in the womb is precious and able to make extraordinary contributions to our ability to love and to be loved, to bring about peace and to be at peace, to extract love in ways that only a very young and precious life is able to extract, and to express love in ways that can be boundlessly meaningful. As we move to reestablish the human right to live, we must also move beyond lethalism and install positive, life-affirming and meaningful solutions to real human problems.

God bless us all as we move in this direction!
Director of the Saint Paul VI Institute for the Study of Human Reproduction in Omaha, Nebraska and the Medical Director of its nationally-accredited reproductive ultrasound center that features 3-D and 4-D ultrasound imaging. He began his first research in human fertility in 1968 as a senior medical student. Working at St. Louis University and Creighton University Schools of Medicine, he and his co-workers developed the CREIGHTON MODEL FertilityCare™ System and the new women’s health science of NaProTECHNOLOGY®. Those intrinsically involved in the development of the CrMS for the last 41 years, along with Dr. Hilgers are: K. Diane Daly, RN, CFCE; Susan K. Hilgers, BA, CFCE, and Ann M. Prebil, RN, BSN, CFCE (1946–2017). Dr. Hilgers is currently a Senior Medical Consultant in Obstetrics, Gynecology, Reproductive Medicine and Surgery at the Saint Paul VI Institute and is a Clinical Professor in the Department of Obstetrics & Gynecology at Creighton University School of Medicine. He is Director of the Institute’s Academic Programs and its National Center for Procreative Health. He is board certified in obstetrics, and gynecology, gynecologic laser surgery and is a member of the Society of Reproductive Surgeons and the Society of Procreative Surgeons. Furthermore, he is certified by the American Academy of FertilityCare Professionals (AAFCP) as a FertilityCare™ Medical Consultant (CFCMC) and Educator (CFCE). He is the author of over 238 professional books, book chapters, poster sessions, articles, videotapes and he has given countless numbers of professional presentations. He has also been the recipient of 17 special recognition awards and 7 research awards. He also directs the largest annual CME program at Creighton University School of Medicine (132 hours per year). He is the recipient of 3 honorary doctorates and was named the Physician of the Year by the Nebraska Family Council.