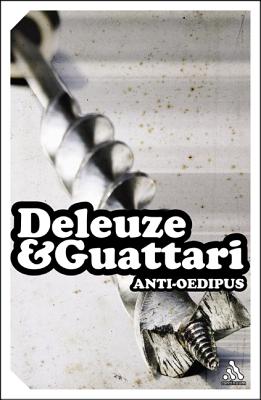 By Gilles Deleuze
Email or call for price
Special Order

&lt;div&gt;‘A major philosophical work by perhaps the most brilliant philosophical mind at work in France today.' Fredric Jameson &lt;br/&gt;Gilles Deleuze (1925-1995) was Professor of Philosophy at the University of Paris VIII. He was a key figure in poststructuralism, and one of the most influential philosophers of the twentieth century. &lt;br/&gt;Félix Guattari (1930-1992) was a psychoanalyst at the la Borde Clinic, as well as being a major social theorist and radical activist. Anti-Oedipus is part of Deleuze and Guattari's landmark philosophical project, Capitalism and Schizophrenia - a project that still sets the terms of contemporary philosophical debate. Anti-Oedipus is a radical philosophical analysis of desire that shows how we can combat the compulsion to dominate ourselves and others. As Michel Foucault says in his Preface it is an ‘Introduction to Non-Fascist Living'. &lt;br/&gt;Preface by Michel Foucault. &lt;br/&gt;Translated by Robert Hurley, Mark Seem, and Helen R. Lane &lt;/div&gt;&gt;

Gilles Deleuze was Professor of Philosophy at the University of Paris VIII.