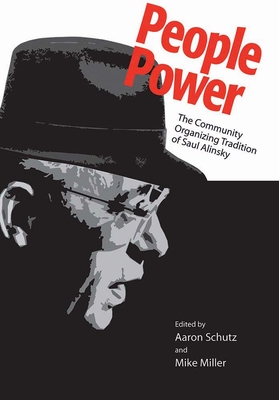 Saul Alinsky, according to Time Magazine in 1970, was a prophet of power to the people, someone who has possibly antagonized more people . . . than any other living American. People Power introduces the major organizers who adopted and modified Alinsky's vision across the United States:

Weaving classic texts with interviews and their own context-setting commentaries, the editors of People Power provide the first comprehensive history of Alinsky-based organizing in the tumultuous period from 1955 to 1980, when the key organizing groups in the United States took form. Many of these selections--previously available only on untranscribed audiotapes or in difficult-to-read mimeograph or Xerox formats--appear in print here for the first time.

Aaron Schutz, Professor, Department of Educational Policy and Community Studies, University of Wisconsin-Milwaukee, is the author of two previous books on social action. Mike Miller was a leader in the pre-1960s' birth of the student movement at UC Berkeley, a Student Nonviolent Coordinating Committee field secretary, and director of an Alinsky community organizing project. He has been an organizer for more than fifty years.