Victims of the Cultural Revolution: Testimonies of China's Tragedy (Hardcover) 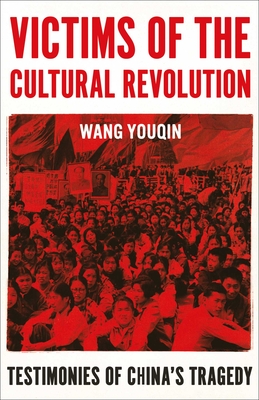 Victims of the Cultural Revolution: Testimonies of China's Tragedy (Hardcover)


Coming Soon - Available for Preorder Now
The very purpose of history is to gather up what is about to be lost for ever.

China’s Cultural Revolution ended less than fifty years ago, but already it is passing from memory. Its victims number in the millions, and yet their stories remain untold.

For over forty years, Professor Wang Youqin of Chicago University has been working to gather oral testimony on the Cultural Revolution, and has amassed the accounts of more than 600 victims.

Collected here for the first time, Victims of the Cultural Revolution is a monument to the suffering of the people in one of the most brutal periods in modern China, restored to history before it is forgotten.
Wang Youqin is a Senior Instructional Professor in Chinese language at the University of Chicago. She has been researching the Cultural Revolution since 2004 and maintains a memorial website for its victims.
‘I find this book to have enormous historical value, and believe it will serve as a foundation for future historians carrying out research into the political, educational, and social history of this period.’
— Yu Ying-shih, Emeritus Professor of East Asian Studies and History at Princeton University

‘Wang Youqin is one of a number of Chinese-born scholars in the United States who have been undertaking the Cultural Revolution research that cannot be done in China. In this book, Professor Wang takes a very important step in the direction of making her fellow Chinese confront their recent past.’
— Roderick MacFaquhar, Leroy B. Williams Professor of History and Political Science and former Director of the John King Fairbank Center for East Asian Research at Harvard University