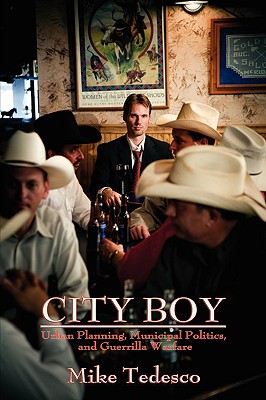 In the world of municipal politics, truth is stranger than fiction and there is no truth stranger than La Blanca Gente, Colorado. In this striking first book, the author weaves between the anecdotal and the academic to sew a grand comic farce as he unveils the curtain over the tactics employed by government employees to achieve their own ends. Tragic? Absurd? Harrowing? Indeed, and "City Boy" serves as a lesson on what not to do when confronted by those who are just dumb enough to take you down. Throw your Urban Planning and Public Administration text books out the window because in the world of municipal politics you better be ready for a street fight.