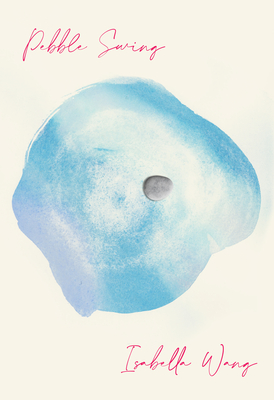 Pebble Swing earns its title from the image of stones skipping their way across a body of water, or, in the author's case, syllables and traces of her mother tongue bouncing back at her from the water's reflective surface. This collection is about language and family histories. It is the author's attempt to piece together the resonant aftermath of the Chinese Cultural Revolution, which stole the life of her paternal grandmother. As an immigrant whose grasp of Mandarin is fading, Wang explores absences in her caesuras and fragmentation--that which is unspoken, but endures.

The poems in this collection also trace the experiences of a young poet who left home at seventeen to pursue writing; the result is a series of city poetry infused with memory, the small joys of Vancouver's everyday, environmental politics, grief and notions of home. While the poetics of response are abundant in the collection--with poems written to Natalie Lim and Ashley Hynd--the last section of the book, Thirteen Ghazals and Anti-Ghazals after Phyllis Webb, forges a continued response to Phyllis Webb on Salt Spring Island, and innovates within the possibilities of the experimental ghazal form.