German Pioneers in Texas: A Brief History of Their Hardships, Struggles and Achievements (Paperback) 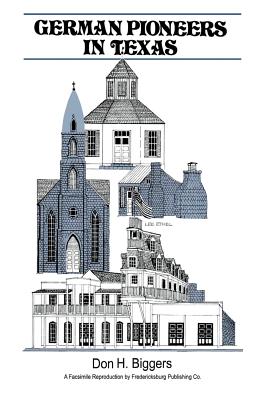 German Pioneers in Texas: A Brief History of Their Hardships, Struggles and Achievements (Paperback)


Ships to Our Store in 1-5 Days
German Pioneers of Texas was first published shortly after the 75th anniversary of the founding of Fredericksburg, Texas. In addition to relating memoirs of the early settlers, the book also gives an insight into the history of the community as it was viewed by one who recorded it in what is now almost the midpoint of its history. As such, it is, in effect, a bridge between yesterday and today. The first printing was in 1925 and then reprinted in 1983. The third reprinting was on the occasion of Fredericksburg's 150th anniversary, in 1996. Many stories have been written and books published about the German settlement of Fredericksburg. They all provide this pioneer German settlement with excellent documentation of events in its founding, its colonization, its hardships, as well as its days of glory that have come in abundance.