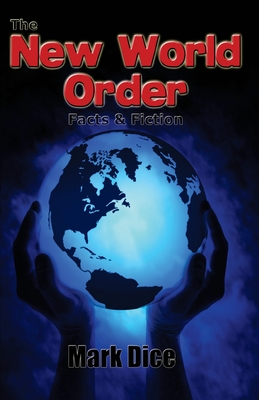 What is the New World Order? Proponents say that it's an anticipated new era of global cooperation between diverse nations and cultures aimed at ushering in a utopia providing all the earth's citizens with everything they need. Detractors claim it's the systematic take-over by secret societies, quasi-government entities and corporations who are covertly organizing a global socialist all-powerful government which aims to regulate every aspect of citizens lives, rendering them a perpetual working-class while the elite leadership lives in luxury. Conspiracy theory expert Mark Dice looks at the evidence, claims, and conspiracy theories as he takes you down the rabbit hole to The New World Order. TOPICS: - Calls for a New World Order by Politicians and Businessmen
- World Governed by the Elite Through Occult Secret Societies
- Mainstream Media Controlled by the Elite
- High Level Officials and Institutions are Above the Law
- Why Immorality and Destructive Behavior is Encouraged - Banking, Money, and Taxes
- One World Currency
- Population Reduction
- One World Religion
- A Coming Global Dictator Who Will Claim to be God - Global Police and Military Force
- A Nation of Spies and Culture of Fear
- Elimination of the Right to Bear Arms
- Elimination of National Sovereignty
- Monitoring the Population with Big Brother - A Medicated and Sedated Population
- Weather Weapons and Chemtrails
- Nephilim and Anunnaki
- Satanism and Luciferianism
- Underground Bases and Tunnels
- And More By the author of The Illuminati: Facts & Fiction

Mark Dice is a media analyst and author who gets people to question our celebrity obsessed culture and the role the mainstream media and elite secret societies play in shaping our lives. Mark's YouTube channel has received over 300 million views and his viral videos have been mentioned on the Fox News Channel, CNN, the Drudge Report, TMZ, the New York Daily News, the Washington Times, and other media outlets around the world. He has been featured on various television shows including the History Channel's Decoded and America's Book of Secrets; Conspiracy Theory with Jesse Ventura, Secret Societies of Hollywood on E! Channel, America Declassified on the Travel Channel, and is a frequent guest on Coast to Coast AM, The Alex Jones Show, and more. Mark Dice is the author of several popular books on secret societies and conspiracies, including The Illuminati: Facts & Fiction, Big Brother: The Orwellian Nightmare Come True, The New World Order: Facts & Fiction, The Resistance Manifesto, Inside the Illuminati, and Illuminati in the Music Industry. While much of Mark's work confirms the existence and continued operation of the Illuminati today, he is also dedicated to debunking conspiracy theories and hoaxes and separating the facts from the fiction; hence the "Facts & Fiction" subtitle for several of his books. He has a bachelor's degree in communication from California State University. The term "fighting the New World Order" is used by Mark to describe some of his activities, and refers to his and others' resistance and opposition (The Resistance) to the overall system of political corruption, illegal wars, elite secret societies, mainstream media, Big Brother and privacy issues; as well as various economic and social issues. Dice and his supporters sometimes refer to being "awake" or "enlightened" and see their knowledge of these topics as part of their own personal Resistance to the corrupt New World Order. This Resistance involves self-improvement, self-sufficiency, personal responsibility and spiritual growth.