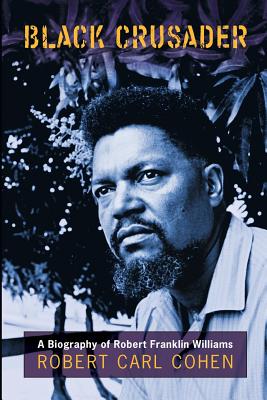 Black Crusader is the story of how a young man from a small North Carolina town who dreamed of becoming a poet was transformed into an archenemy of the US power structure. At school and in college, in the Army and Marines and in his home town in the 1950s, Robert Franklin Williams witnessed the scourge of segregation, exploitation, beatings and even murder. He decided to apply his combat training, intelligence, organizational skills and fearlessness to take a stand against race hatred, becoming the first black liberation militant to advocate armed self-defense. But in 1961 an explosion of government-supported racist violence - and a trumped-up kidnapping charge - forced him to flee and seek refuge among America's Cold War adversaries, in Cuba, the People's Republic of China and later in newly independent Tanzania. This biography details the first 44 years of Williams' life, as told in his own words, the story of an enigmatic and charismatic leader who was pursued in vain for almost a decade by the FBI and CIA. His talent for leadership extended to book writing, newspaper editing and managing Radio Free Dixie from exile. Though his message was suppressed by the US media, he was a friend of revolutionary leaders, inspired a generation of civil rights activists, and was admired by millions around the world. The book concludes with the bizarre circumstances of Williams' return to the US in 1969, after which all state and federal charges were quietly dropped. Then mainstream publishers mysteriously withdrew the first two versions of this book, now republished in full in this new illustrated edition.