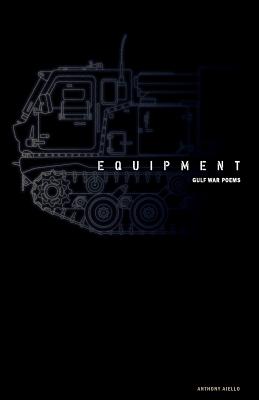 When Anthony Aiello enlisted at age 17, he joined a peacetime Army basking in the last years of President Ronald Reagan's rebuilding of America's armed forces. The military intervention in Grenada had happened five years earlier and Vietnam had been fought by his father's generation. But within days of finishing his training in boot camp and as a rocket artilleryman and joining his new unit at Fort Bragg, Aiello was loading up his gear to take part in the December 1989 invasion of Panama. When the most powerful non-nuclear artillery system in the world wasn't needed to unseat the Panamanian strongman Manuel Noriega, Aiello and his fellows breathed in relief, believing they'd literally dodged the bullet. Seven months later they were offloading their rocket launchers in Saudi Arabia as America readied itself for a series of Middle Eastern wars that continue to the present day. This is the story of a young man and his comrades in the Gulf War-and the battles that followed them home.

Anthony Aiello is a writer and editor who lives in Brooklyn with his wife, cat, and dog. He fought in the Gulf War in a rocket artillery unit in the Eighteenth Airborne Corps, seeing combat in Iraq.