Brexit: What the Hell Happens Now?: Everything you need to know about Britain's divorce from Europe (Paperback) 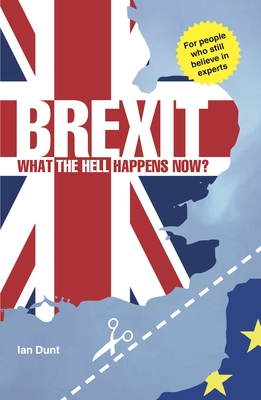 Britain's departure from the European Union is filled with propaganda and myth but the risks are very real. Brexit could lower global status of the United Kingdom, diminish its quality of life, and throw its legal system into turmoil.

With the help of constitutional and trade experts, Ian Dunt, editor of Politics.co.uk, explains why exiting the EU is likely to:

The book deals with the trade and legal cliff edge that Britain will face unless it can secure a transitional deal with the European Union, why the odds are stacked against the UK government in its negotiations with Brussels, and how the World Trade Organisation (WTO) is not the cure to leaving the EU that the Brexiters believe.

This is the first full public exploration of Brexit, stripped of the wishful thinking of its supporters in the media and Parliament. It is the real picture of a country about to undergo a sharp and self-inflicted isolation. This book is for people who still believe in evidence and in experts.

It is the perfect accompaniment to All Out War by Tim Shipman which looks back at the referendum campaign. Brexit: What the Hell Happens Now? looks forward to a volatile future. It is the best book on the impact of Brexit.