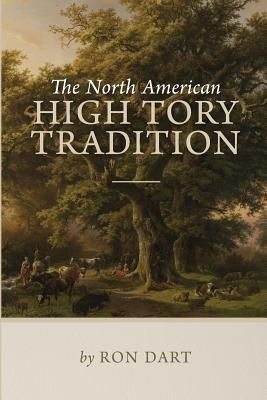 By Ron Dart, Jonathan M. Paquette (Foreword by)
$28.00
Email or call for price

A significant struggle began in the year 1776 over the fate of a continent, and there are those who believe that this struggle ended in the year 1783, with the ancient ways of the Old World being given over entirely to those of a New. Is it true, however, that the end of what has been called 'The First American Civil War' saw the complete victory of the republican way, and the banishment of the older Tory tradition from these shores? The North American High Tory Tradition tells another story, one in which a different vision for life in North America emerges from the cold of the True North where its flame has been kept burning until the present day. George Grant (1918-1988), the most influential High Tory intellectual of the 20th century, warned us in his Lament for a Nation of the collision course which lies ahead for these two different 'North Americas'--that embodied in the Dominion of the North, and that in the Republic to its South. Is the disappearance of the Tory alternative an inevitable fate to our future as 'North Americans'? In The North American High Tory Tradition Ron Dart shines light upon the classical lineage, deep wisdom and enduring nature of the High Tory tradition as it has been planted and grown in the soil of North America, and in doing so reveals how Canada may serve as a north star to lead North Americans to a different destiny than that planned for them by a certain few in 1776.