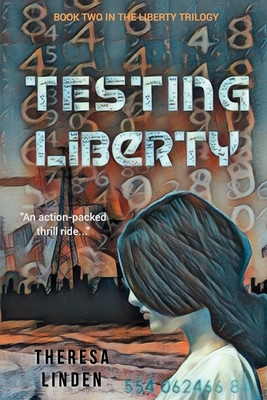 This is book number 2 in the Chasing Liberty Trilogy series.

She must escape and repair the damage she's done.

Liberty 554-062466-84 of Aldonia bides her time in a tiny cell, plotting her escape from the re-educational facility. Her crime: not accepting her government-assigned vocation. But the punishment extends to more than just herself. The once-secret colony that offered her freedom has been exposed and its members placed in government facilities for re-education and integration into society.

​Dedrick, a member of the Mosheh, a secret group that opposes the government, grieves for his family who are now residents of the government's facilities. Although he has promised obedience to the Mosheh, when he learns of Liberty's escape from re-education and how she's fallen into the wrong hands, he finds himself compelled to rescue her and pursues it without permission.

Now free, Liberty wants to rescue the colonists from the three separate facilities that hold the children, teens, and adults. But she must avoid her pursuers, and Dedrick seems reluctant to work with her.

Set in the not-so-distant future, Testing Liberty is book two in the young adult Liberty trilogy. ​Moving from one trial to another, this story follows Liberty to her final sacrifice as she learns that true freedom is within, cannot be taken away, and is worth fighting for.