The Silent Majority: Freedom In His Great Name (Paperback) 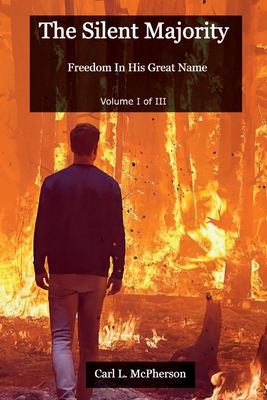 The Silent Majority: Freedom In His Great Name (Paperback)


Call or email for availability
With the United States of America spiraling down in self-destructive and suicidal policies, Jack and Megan flee to the Arizona Mountains.
Hiding from the government sponsored Antifa marauders, husband and wife must find a way to befriend The Silent Majority for access to the guarded Ham Radio Frequencies.
Jack and Megan's Type I diabetic daughter is stuck in Flagstaff, Arizona behind enemy lines. Does she have enough insulin? Is she even still alive?
Follow Jack and Megan as they try to survive in the mountains and stay under the radar of the tyrannical U.S. government to avoid the re-education camps.
Carl McPherson was born and raised in Northern Michigan in a Christian home. He accepted Christ to lead his life at the age of 12 at youth camp. Carl is sure that Christ at times has been pleased with his choices, and at times disappointed as well.
After college and the United States Air Force, Carl married his lovely wife Tanya and they have had one daughter. Unable to have any more children, Carl and Tanya have gone through periods of calm sailing as well as moments of sheer terror in the storms.
Over the decades together, Carl has worked as a water plant operator, a farmer, a water softener installer, a plumber, back to being a water plant operator, a pool supply delivery truck driver, a pig farmer, doing contract work for the Department of Defense in Iraq, homeschooling his daughter and then back to being a water plant operator again.
Carl's childhood dream of working in the forest, wildlife management or in fisheries has never happened. He has found himself working in a profession that interests him very little. He has discovered that his purpose in life is not his profession, it is in the relationships with those he comes to know along the path of life with him.
Carl's path in life has been spending so much time on the things that do not eternally matter, and so little on the things that so deeply hold his heart. He longs for a simple life where prayer, Bible study and worship take up the greatest part of his day.
The distractions of needing to pay for a home, a vehicle, food, clothing, medical care, and all the rest, bury you in its chaos.
Carl is a simple husband and father; and a full time Jesus Freak. He looks beyond this world with such joy and eager anticipation for the next.