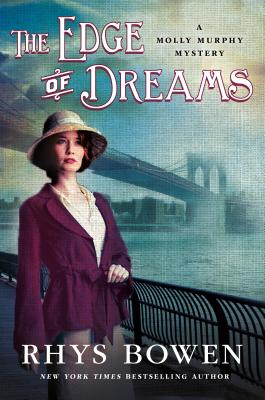 This is book number 14 in the Molly Murphy Mysteries series.

Molly Murphy Sullivan's husband Daniel, a captain in the New York City police force, is stumped. He's chasing a murderer whose victims have nothing in common—nothing except for the taunting notes that are delivered to Daniel after each murder. And when Daniel receives a note immediately after Molly and her young son Liam are in a terrible train crash, Daniel and Molly both begin to fear that maybe Molly herself was the target.

Molly's detective instincts are humming, but finding the time to dig deeper into this case is a challenge. She's healing from injuries sustained in the crash and also sidetracked by her friends Sid and Gus's most recent hobby, dream analysis. And when Molly herself starts suffering from strange dreams, she wonders if they just might hold the key to solving Daniel's murder case.