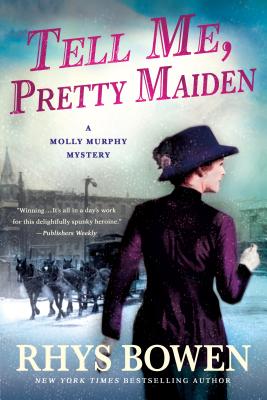 This is book number 7 in the Molly Murphy Mysteries series.

It’s wintertime in New York, and for the first time since Irish immigrant Molly Murphy started her early-twentieth-century detective agency, she is completely snowed in with work. While she’s proving to be quite the entrepreneur and is very much in demand by some of Broadway’s brightest stars and Fifth Avenue’s richest families, she has to grudgingly admit that if she’s going to work more than one case at a time, then she’s going to need some help.

Molly’s beau, the recently and wrongly suspended police captain Daniel Sullivan, would make an ideal associate, but before they can agree on the terms of his employment, they stumble upon a young woman lying unconscious in the middle of a snow-covered Central Park.

When the woman wakes up, she is disorientated and has and lost her ability to speak. The authorities are about to pack her off to an insane asylum when Molly can’t help but step in and take on yet another case.