Nevernight: Book One of the Nevernight Chronicle (Paperback) 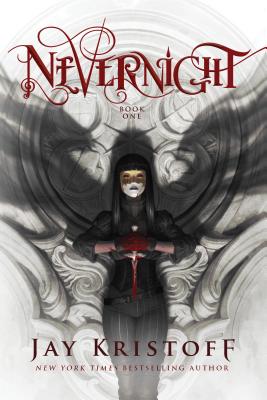 Nevernight: Book One of the Nevernight Chronicle (Paperback)

This is book number 1 in the The Nevernight Chronicle series.

Bloody & wonderful. "The books we love, they love us back. And just as we mark our places in the pages, those pages leave their marks on us."

Nevernight is the first in an epic new fantasy series from the New York Times bestselling author, Jay Kristoff.

In a land where three suns almost never set, a fledgling killer joins a school of assassins, seeking vengeance against the powers who destroyed her family.

Daughter of an executed traitor, Mia Corvere is barely able to escape her father’s failed rebellion with her life. Alone and friendless, she hides in a city built from the bones of a dead god, hunted by the Senate and her father’s former comrades. But her gift for speaking with the shadows leads her to the door of a retired killer, and a future she never imagined.

Now, a sixteen year old Mia is apprenticed to the deadliest flock of assassins in the entire Republic — the Red Church. Treachery and trials await her with the Church’s halls, and to fail is to die. But if she survives to initiation, Mia will be inducted among the chosen of the Lady of Blessed Murder, and one step closer to the only thing she desires.

JAY KRISTOFF is a #1 international, New York Times and USA Today bestselling author of fantasy and science fiction, including Empire of the Vampire. He is the winner of eight Aurealis Awards, an ABIA, has over half a million books in print and is published in over thirty five countries, most of which he has never visited. He is as surprised about all of this as you are. He is 6’7 and has approximately 11,500 days to live.

He does not believe in happy endings.

"Launching the Nevernight fantasy series, Kristoff (the Lotus War trilogy) creates a splendid world of corruption and violence. Kristoff portrays a world as rife with villains and treachery as the ancient Italian civilizations it echoes. Absorbing in its complexity and bold in its bloodiness, this beginning promises (and delivers) equal shares of beauty and decay. With a delicate balance of the ancient and the magical, this tense and brutal tale is unflinching, thrilling, and satisfying." - Publishers Weekly, starred review on Nevernight

"A sensuous, shades-of-moral-gray world; a compelling, passionate heroine; a high-stakes quest for revenge—this is a fantasy fans won't be able to put down."—Kirkus on Nevernight

"The world-building is delightfully detailed, its baroque flourishes supplied by sarcastic footnotes, but we are drawn through the narrative by Mia’s triple quest: to rescue her family members, to avenge her father’s death and to survive her education at the church, where the ultimate test is to avoid being killed by the training." -The Daily Mail on Nevernight

"Assassins, magic, strange creatures are all pluses for me. But my favorite thing about this book is the voice...I adore well-done omniscient narrators with snark and a slight bit of disdain for either the reader or the main character."—Book Riot on Nevernight

"Stormdancer is an intoxicating joyride into steampunklandia with a magical dose of mythology, the supernatural, violence, dystopian themes, and a top-notch brassy heroine who rivals Katniss Everdeen of The Hunger Games. Yes, I did say that!" —Huffington Post

"Murder, magic, sex, and humor—the first installment in Kristoff’s new fantasy series is off to a rollicking start... Kristoff has created a rich, vibrant world for readers, borrowing heavily from historical Italian political structures, which provide a base of stability and familiarity to the new creations. Footnotes accompany the story,...embellishing and further developing the world, and providing a welcome and often biting wit. Dense and measured, this will appeal to fans of traditional and political fantasies."—Booklist