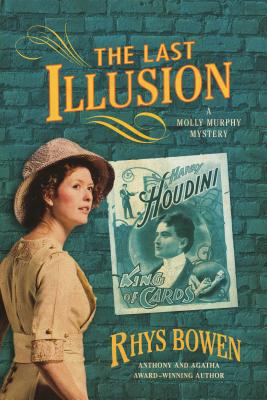 This is book number 9 in the Molly Murphy Mysteries series.

Irish immigrant and PI Molly Murphy is thrilled to have a ticket to see the illusionists that are all the rage. Indeed, Harry Houdini himself has returned from Europe for a brief run on Broadway. But Houdini can’t even take the stage when, to the crowd’s shock, the opening act saws into his assistant—for real.

The stunned performer accuses Houdini of tampering with his equipment, and he’s not the only one critical of “The King of Handcuffs” who, by raising the stakes in his shows, has put other acts out of business. With everyone on edge, Houdini’s wife hires Molly as an investigator and bodyguard...but how can she protect a man who risks his life every night?