The Initiates of the Flame: The Deluxe Edition (Paperback) 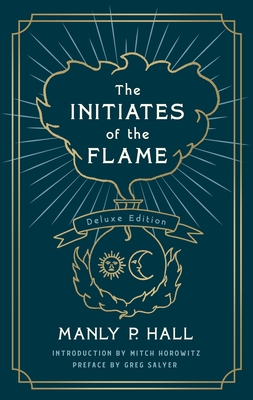 The Initiates of the Flame: The Deluxe Edition (Paperback)

Manly P. Hall is widely recognized as the preeminent voice of occult scholarship in the twentieth century, famous for his esoteric masterpiece The Secret Teachings of All Ages (1928). Now, in this “deluxe edition,” Hall’s earliest work, The Initiates of the Flame, is reborn with a full complement of illustrations and historical introductions.

Originally published in 1922, The Initiates of the Flame is Hall’s first exploration—and still one of his most powerful—of myth and symbol. Its pages shine on a light on the inner meaning of symbols including the pyramid, holy grail, flame of wisdom, ark of the covenant, all-seeing eye, sword and stone, the elements of alchemy, and other gateways to the unseen world.

Edited and reintroduced by popular voice of esoteric spirituality, Mitch Horowitz, and president of the Philosophical Research Society, Greg Salyer, Ph.D., this is the signature presentation of Hall’s landmark.

Manly P. Hall (1901-1990) founded the Philosophical Research Society, an organization dedicated to the dissemination of practical knowledge in a variety of philosophical fields. He is best known for his 1928 classic, The Secret Teachings of All Ages.

Mitch Horowitz is a writer-in-residence at the New York Public Library and the PEN Award-winning author of books including Occult America, One Simple Idea, and The Miracle Club.