The Escape (The Plot to Kill Hitler #3) (Paperback) 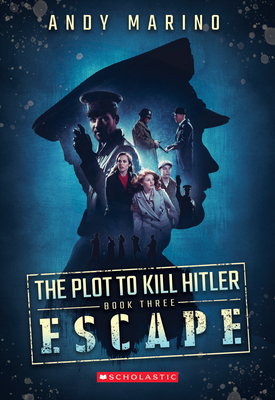 The Escape (The Plot to Kill Hitler #3) (Paperback)

This is book number 3 in the The Plot to Kill Hitler series.

Based on the real-life scheme to take down one of history's greatest monsters, this heart-pounding trilogy puts two courageous kids at the center of the plot to kill Adolf Hitler.July 1945.The Nazis are out for blood.After the attempt on Hitler's life, the Hoffmanns must flee Berlin. Max and Gerta, along with their mother and Kat Vogel, are forced to leave their father behind-at the mercy of the Gestapo. Following the same path that the Becker Circle used to smuggle Jewish escapees to safety, the Hoffmanns begin a desperate journey across Germany, through occupied France, and into Spain.But going on the run is incredibly dangerous, and the Nazis have invoked the blood guilt laws. Anyone thought to be connected to the assassination plot, along with their families, will be killed or sent to the camps. The Hoffmanns have friends who are willing to help them escape, but their family is still incomplete.Max can only hope that he'll see his father again.
Andy Marino was born and raised in upstate New York. He spent his childhood orchestrating Lego pirate battles, drawing detailed maps of imaginary video games, and cheating death in Choose Your Own Adventure books. Profoundly influenced by the work of J.R.R. Tolkien, Andy started writing his first novel at the age of eleven. Tragically, THE RUNES OF ILLIARM was never completed. For books that were, visit Andy online at andy-marino.com.