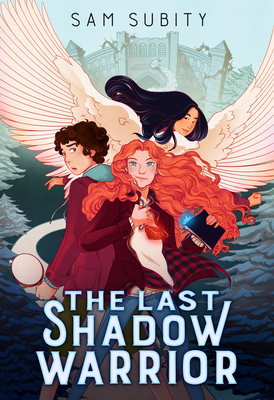 
Available at One of Our Locations
"Fans of books like The Lightning Thief will enjoy this fast-paced mythological fantasy, and will beg for more adventures with Abby. Sure to be a hard title to keep on the shelf." --School Library Journal

Twelve-year-old Abby Beckett is proud to come from a long line of elite Viking warriors known as the Aesir. She's spent her entire life training to hunt the horrific creatures known as Grendels-the ancient foe of the Aesir-just like her mother did before she died. But there's just one, small problem: No one has seen a Grendel in centuries, and the Viking Council wants to disband the Aesir . . . forever.

When her father is injured in an attack that leaves him in a coma, Abby is forced to take refuge at Vale Hall, a mysterious school in Minnesota where nothing is quite as it seems. She soon discovers the tables have turned and a Grendel is hunting her, but when she tries to alert the Viking Council, they accuse her of making up stories for attention . . . just like her mother did.

Desperate to protect her father and clear her mother's name, Abby goes on a dangerous quest to discover the truth--a journey that brings her face-to-face with some unlikely foes, including a Ping-Pong-playing sea monster with a wicked backhand, and a dark Valkyrie with a fondness for bingo. Abby quickly realizes that someone at the school is trying to stop her progress and destroy the Aesir for good. And only she can unravel the sinister plot before it's too late.

Sam Subity loves writing stories that explore the magic and wonder of being a kid and is thrilled to share his debut novel with readers everywhere -- both the young in age and the young at heart. When he's not writing, you might find him running the trails of Northern California, where the endless, winding miles past fog and ocean inspire stories of adventure and mystery. Or he might be mowing his lawn. Because that's what adults sometimes have to do. But in either case, he's very likely imagining himself fighting mythical creatures or at the prow of a Viking dragon ship, feeling the wind and sea spray on his face. His greatest hope is that in reading this book, you too were in some small way transported to another place where for a little while you could exchange the ordinary for the extraordinary.