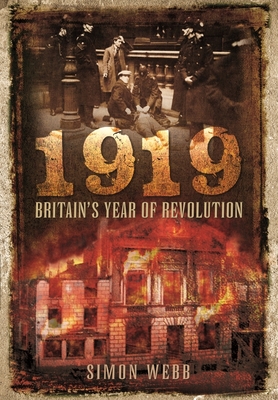 
Currently Unavailable
1919: Britain's Year of Revolution tells the story of an almost unknown passage in British history. On the August Bank Holiday that year, the government in London dispatched warships to the northern city of Liverpool in an overwhelming show of force. Thousands of troops, backed by tanks, had been trying without success to suppress disorder on the streets. Earlier that year in London, 1,000 soldiers had marched on Downing Street, before being disarmed by a battalion of the Grenadier Guards loyal to the government. In Luton that summer, the town hall was burned down by rioters, before the army was brought in to restore order and in Glasgow, artillery and tanks were positioned in the center of the city to deter what the Secretary of State for Scotland described as a Bolshevik uprising. Industrial unrest and mutiny in the armed forces combined together to produce the fear that Britain was facing the same kind of situation which had led to the Russian Revolution two years earlier.

Drawing chiefly upon contemporary sources, this book describes the sequence of events which looked as though they might be the precursor to a revolution along the lines of those sweeping across Europe at that time. To some observers, it seemed only a matter of time before Britain transformed itself from a constitutional monarchy into a Soviet Republic.