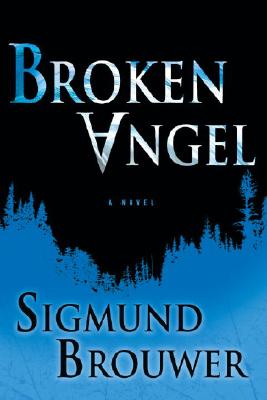 Her birth was shrouded in mystery and tragedy.
Her destiny is beyond comprehension.
Her pursuers long to see her broken.
She fights to soar.

In the rough, shadowy hills of Appalachia, a nation carved from the United States following years of government infighting, Caitlyn and her companions are the prey in a terrifying hunt. They must outwit the relentless bounty hunters, skirt an oppressive, ever-watchful society, and find passage over the walls of Appalachia to reveal the dark secrets behind Caitlyn’s existence–and understand her father’s betrayal.

In this engrossing, lightning-paced story with a post-apocalyptic edge, best-selling author Sigmund Brouwer weaves a heroic, harrowing journey through the path of a treacherous culture only one or two steps removed from our own.

Sigmund Brouwer is the author of eighteen best-selling novels for children and adults. His novel "The Last Disciple" was featured in "Time" magazine and on ABC's "Good Morning America" and his newest book is "Fuse of Armageddon." A champion of literacy, he teaches writing workshops for students in schools from the Arctic Circle to inner city Los Angeles. Sigmund is married to Christian recording artist Cindy Morgan, and they and their two daughters divide their time between homes in Red Deer, Alberta, Canada and Nashville, Tennessee.

"In this addictively readable futuristic Christian dystopia, Brouwer (The Last Disciple) takes readers inside a state run by literalistic, controlling fundamentalists. There, reading is a serious crime; citizens are drugged into submission; and those who break rules are either sent to slave labor factories or stoned to death. Occasionally, a few brave souls try to escape to “Outside.” At the center of this novel is Caitlyn, a disfigured but graceful and brave young woman whose father essentially orders her to make a run for it. For reasons not revealed (even to Caitlyn) until the very end, she is chased by a variety of people who want her dead or alive. While trying to escape, Caitlin meets up with two traveling companions who have their own reasons for fleeing, and she is aided by a sort of underground railroad. Its leaders believe the fundamentalist government has distorted true Christianity, so they risk everything to help people get Outside to freedom. The terrific pacing is surpassed only by the character development; the many supporting characters are extremely well-drawn. Brouwer adds even more suspense by regularly revealing that some of these characters are not who they appear to be." - Publisher's Weekly