The Second Rule Of Ten: A Tenzing Norbu Mystery (Paperback) 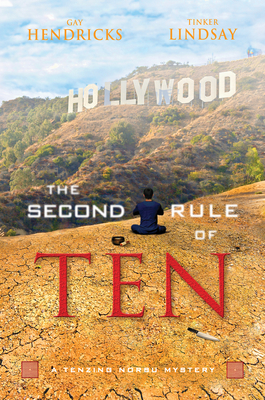 The Second Rule Of Ten: A Tenzing Norbu Mystery (Paperback)


Ships to Our Store in 1-5 Days
Ex–Buddhist monk turned private eye Tenzing Norbu is back with a new case, a new love—and a whole new set of problems

In The Second Rule of Ten, Norbu is faced with not one but two cases. While he investigates the unexplained death of his former client—a Hollywood mogul named Marv Rudolf—he must also search for the missing sister of a wizened L.A. philanthropist.

But when an unforeseen family crisis that sends him back to Tibet, Ten finds himself on the outs with his best buddy and former partner, Bill, who is heading up the official police investigation into Marv’s death. Cases and crises start to collide. When Ten mistakenly ignores his second rule, he becomes entangled in an unfortunate association with a Los Angeles drug cartel. As he fights to save those he loves, and himself, from the deadly gang, he also comes face to face with his own personal demons.

Working through his anger at Bill, doubts about his latest lady love, and a challenging relationship with his father, Ten learns to see the world in a new light—and realizes that in every situation the truth is sometimes buried beneath illusion.
Gay Hendricks is a best-selling author with more than 30 books to his credit. The Tenzing Norbu Mystery series, which began with The First Rule of Ten, is Hendricks’s first foray into fiction. Tinker Lindsay is an accomplished screenwriter and author who has written and produced a wide variety of books and films.
A fast-paced thriller with a heart. Great storyline, refreshingly different characters and dazzling insights when you least expect them. I highly recommend The Second Rule of Ten!
— David Michie, author of The Dalai Lama’s Cat