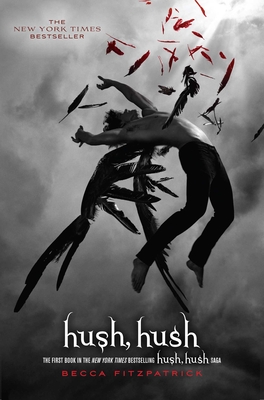 
Ships to Our Store in 1-5 Days
Nora finds forbidden love with her fallen angel, in the first in the New York Times bestselling Hush, Hush saga.

For Nora Grey, romance was not part of the plan. She's never been particularly attracted to the boys at her school, no matter how much her best friend, Vee, pushes them at her. Not until Patch came along.

With his easy smile and eyes that seem to see inside her, Nora is drawn to him against her better judgment.

But after a series of terrifying encounters, Nora's not sure who to trust. Patch seems to be everywhere she is, and to know more about her than her closest friends. She can't decide whether she should fall into his arms or run and hide. And when she tries to seek some answers, she finds herself near a truth that is way more unsettling than anything Patch makes her feel.

For Nora is right in the middle of an ancient battle between the immortal and those that have fallen - and, when it comes to choosing sides, the wrong choice will cost her life.
Becca Fitzpatrick is the author of Black Ice, Dangerous Lies, and the Hush, Hush saga, including Hush, Hush; Crescendo; Silence; and Finale—all four of which debuted as New York Times bestsellers. She graduated college with a degree in health, which she promptly abandoned for storytelling. When not writing, she’s most likely running, prowling sales racks for shoes, or watching crime dramas on TV. She lives in Colorado with her family. Find out more at BeccaFitzpatrick.com.

"Horror and romance fans who are weary of the werewolf (and vampire) next door will welcome this new take on the heart of darkness." --Booklist

"Hush, Hush has great atmosphere, and had me wondering where in the world -- or out of the world -- this story could go. If the guys had been this dangerous and delicious when I was in high school, I would never have wanted to graduate! I see more fallen angel stories coming from this talented writer." -- Sandra Brown, bestselling author of White Hot and Smoke Screen