The Man Who Leapt Through Film: The Art of Mamoru Hosoda (Hardcover) 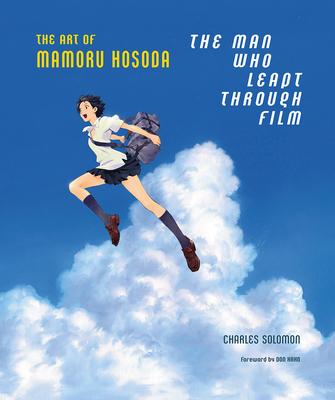 The Man Who Leapt Through Film: The Art of Mamoru Hosoda (Hardcover)

Journey into the mind and creative process of one of the most celebrated anime directors working today with The Man Who Leapt Through Film: The Art of Mamoru Hosoda. Written by renowned animation critic and historian Charles Solomon (The Art of WolfWalkers, Abrams 2020) and featuring exclusive interviews alongside hundreds of never-before-seen sketches, storyboards, background paintings, character designs, and concept art, this is the ultimate companion piece to Hosoda's work.

Writer/director/animator Mamoru Hosoda’s work includes Belle (2021), the Academy Award–nominated Mirai (2018); The Boy and the Beast (2015); Wolf Children (2012); Summer Wars (2009); and The Girl Who Leapt Through Time (2006). He is the cofounder of Studio Chizu, one of Japan's premier animation studios.
Charles Solomon is the author of more than a dozen books on the art and making of animated films and television specials. His recent credits include The Art of WolfWalkers (Abrams, 2020), The Art of Toy Story 3, The Art and Making of Peanuts Animation, The Art of Frozen, and the Song of the Sea Artbook, which he wrote in collaboration with Cartoon Saloon cofounder Tomm Moore. Solomon lives in Los Angeles.