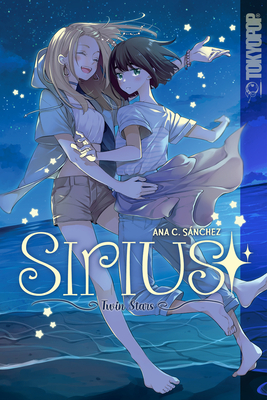 
Ships to Our Store in 1-5 Days
Dani's bright future as an elite tennis player comes to a sudden stop when, during a match, she has a heart attack. Her newly discovered condition affects not only her health, but also her relationship with her mother, as well as her career.

Wanting to get away from everything, she leaves behind the big city ⁠— and all her problems ⁠—  and goes with her cousin to a little coastal village. There she meets Blanca, a girl full of life and in love with astronomy. Blanca reminds Dani that life can be beautiful, and that she can shine again like stars do.
Born in 1990, Ana is a comic artist from Spain. She got interested in drawing her own stories at a young age, inspired by videogames like the Kingdom Hearts and Final Fantasy series, and manga with deep characters and emotional baggage like Fruits Basket.

Soon she started to prove herself drawing webcomics and attending anime/manga conventions carrying her self-published books. Now she’s one of the authors participating in the Spanish publication Planeta Manga.