Ezspeakers: Public Speaking Made Easy in 7 Steps: For Business and Pleasure (Paperback) 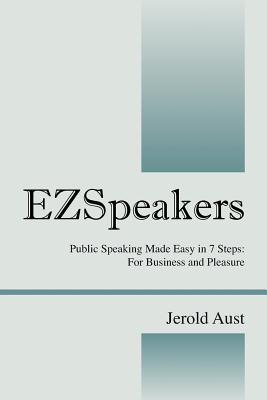 Ezspeakers: Public Speaking Made Easy in 7 Steps: For Business and Pleasure (Paperback)


Ships to Our Store in 1-5 Days
(This book cannot be returned)
EZSpeakers Public Speaking Made Easier Nothing succeeds like success -Alexandre Dumas At this very moment you are on your way to becoming a public speaker. You can learn how to be a successful public speaker in an easier way than you ever thought possible. That's why this book is entitled, EZSpeakers.
Jerold Aust has an undergraduate and two graduate degrees in human communication, with emphases in public speaking, persuasion, metaphor, and communication theory. He has taught public speaking as an adjunct instructor on the university level for seven years and for 33 years in professional after-dinner speaking clubs. Jerold has been a professional public speaker for 49 years and a published writer for 30 years. He has studied Theology, Liberal Arts, Communication, and Media at four universities and two colleges. He also has a published text, "Ronald Reagan's Rhetoric: Metaphor as Persuasion."