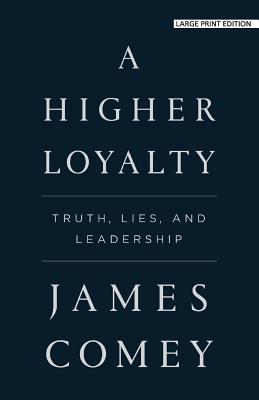 The former FBI director shares his experiences over the past two decades working in the American government and explores ethical leadership and how it drives sound decision-making.

On September 4, 2013, James Comey was sworn in as the seventh director of the FBI.A Yonkers, New York, native, Jim Comey attended the College of William and Mary and the University of Chicago Law School. After law school, Comey returned to New York and joined the U.S. Attorney's Office for the Southern District of New York as an Assistant U.S. Attorney. There, he took on numerous crimes, most notably Organized Crime in the case of the United States v. John Gambino, et al. Afterwards, Comey became an Assistant U.S. Attorney in the Eastern District of Virginia, where he prosecuted the high-profile case that followed the 1996 terrorist attack on the U.S. military's Khobar Towers in Khobar, Saudi Arabia.Comey returned to New York after 9/11 to become the U.S. Attorney for the Southern District of New York. At the end of 2003, he was tapped to be the Deputy Attorney General at the Department of Justice (DOJ) under then-U.S. Attorney General John Ashcroft and moved to the Washington, D.C. area.Comey left DOJ in 2005 to serve as General Counsel and Senior Vice President at Defense contractor Lockheed Martin. Five years later, he joined Bridgewater Associates, a Connecticut-based investment fund, as its General Counsel. In early 2013, Comey became a Lecturer in Law, a Senior Research Scholar, and Hertog Fellow in National Security Law at Columbia Law School.