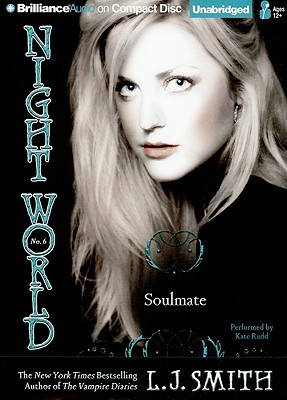 This is book number 6 in the Night World series.

The series takes place in a world similar to our own but one where vampires, witches, werewolves and shape-shifters live among humans without their knowledge. These supernatural races make up a secret society known as the Night World, which enforces two fundamental laws to prevent discovery: 1) Never allow humans to gain knowledge of the Night World's existence and, 2) Never fall in love with one of them. Hannah Snow's life was perfect...until the notes started appearing. Notes in her own handwriting, warning her: Dead before Seventeen. Then she starts having visions of another time, another life. And of a stranger who tore her world apart. Now the stranger, Thierry, Lord of the Night World, is back. Convinced Hannah is his soulmate, he has searched for her throughout the years, waiting for her to be reborn. But if Hannah's destiny is death, can even Thierry's love protect her?