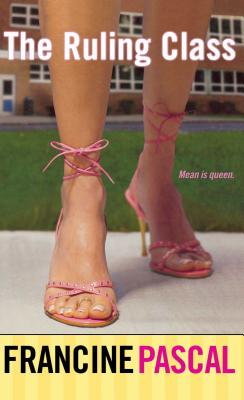 
Ships to Our Store in 1-5 Days
In the posh suburban Dallas high school of Highland Park, the beautiful and perfect Jeanette Sue is queen. The Ruling Class, her clique of spectacularly cruel girls, runs the school. Brutally. And no one questions them. Certainly not the little suck-up Myrna Fry, whose only aim in life is to be part of the Ruling Class, no matter what or who gets trashed.

It's a nightmare school caught in the grips of terror until the arrival of the totally undesir-able, absolutely unfashionable, and -- way worse -- poor Twyla Gay Stark. And then, of course, there is the tall and gorgeous hunk, Ryder McQuaid, Jeanette Sue's property. Or so Jeanette Sue thinks.

With uncanny insight and unforgettable characters Francine Pascal has created a searing, up-close look into the power games and class struggles within a seemingly friendly clique in a suburban high school. The Ruling Class is a magnetic tour de force created by a master storyteller at the top of her form.
Francine Pascal is the creator of several bestselling series, including Fearless and Sweet Valley High, which was also made into a television series. She has written several novels, including My First Love and Other Disasters, My Mother Was Never a Kid, and Love & Betrayal & Hold the Mayo. She is also the author of Sweet Valley Confidential: Ten Years Later. She lives in New York and the South of France.