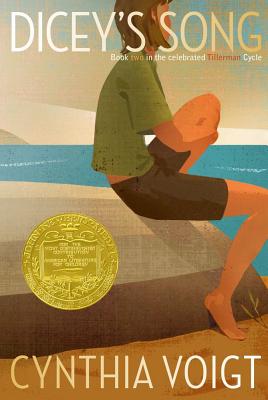 This is book number 2 in the The Tillerman Cycle series.

The Newbery-winning novel in Cynthia Voigt’s timeless series is repackaged with a modern look.

When Momma abandoned Dicey Tillerman and her three siblings in a mall parking lot and was later traced to an asylum where she lay unrecognizing, unknowing, she left her four children no choice but to get on by themselves. They set off alone on foot over hundreds of miles until they finally found someone to take them in. Gram’s rundown farm isn’t perfect, but they can stay together as a family—which is all Dicey really wanted.

But after watching over the others for so long, it’s hard for Dicey to know what to do now. Her own identity has been so wrapped up in being the caretaker, navigator, penny counter, and decision maker that she’s not sure how to let go of some responsibilities while still keeping a sense of herself. But when the past comes back with devastating force, Dicey sees just how necessary—and painful—letting go can be.
Cynthia Voigt won the Newbery Medal for Dicey’s Song, the Newbery Honor Award for A Solitary Blue, and the National Book Award Honor for Homecoming, all part of the beloved Tillerman Cycle. She is also the author of many other celebrated books for middle grade and teen readers, including Izzy, Willy-Nilly, and Jackaroo. She was awarded the Margaret A. Edwards Award in 1995 for her work in literature, and the Katahdin Award in 2004. She lives in Maine.