The Runner (The Tillerman Cycle #4) (Paperback) 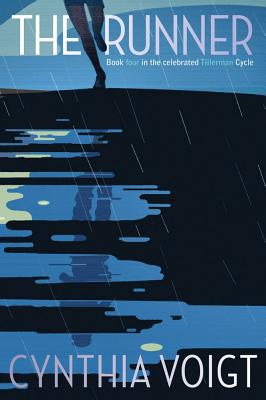 The Runner (The Tillerman Cycle #4) (Paperback)

This is book number 4 in the The Tillerman Cycle series.

You can run from something, or toward something—but can you do both at the same time? Book four in the Newbery-winning cycle from Cynthia Voigt is repackaged with a fresh new look.

Bullet Tillerman runs. He runs to escape the criticism of his harsh, unforgiving father. He runs to numb the pain of his mother’s inability to express her love. He is the star of the school track team, but he isn’t a team man and doesn’t want to be. Bullet runs for himself.
So Bullet doesn’t understand why he’s been asked to train a new team member, and he’s not looking forward to the task. But in coaching Tamer Shipp, Bullet learns some things about himself—who he is, and who he can perhaps become.
Cynthia Voigt won the Newbery Medal for Dicey’s Song, the Newbery Honor Award for A Solitary Blue, and the National Book Award Honor for Homecoming, all part of the beloved Tillerman Cycle. She is also the author of many other celebrated books for middle grade and teen readers, including Izzy, Willy-Nilly, and Jackaroo. She was awarded the Margaret A. Edwards Award in 1995 for her work in literature, and the Katahdin Award in 2004. She lives in Maine.