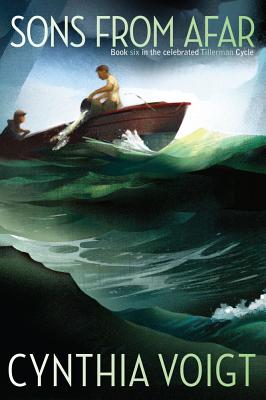 This is book number 6 in the The Tillerman Cycle series.

Will a common cause unite two brothers—or drive them further apart? Find out in the sixth installment of Cynthia Voigt’s Tillerman cycle.

If James and Sammy Tillerman agree on anything, it’s that they have nothing in common. Sammy is a tough jock, while James is an intellectual who has begun to question his identity. Then James enlists his brother’s help to find Francis Verricker, who may be the father who deserted them long ago. Through this quest, the brothers learn more about themselves than they thought possible.
Cynthia Voigt writes realistically of human failure—and triumph—in this poignant novel from her acclaimed Tillerman cycle.
Cynthia Voigt won the Newbery Medal for Dicey’s Song, the Newbery Honor Award for A Solitary Blue, and the National Book Award Honor for Homecoming, all part of the beloved Tillerman Cycle. She is also the author of many other celebrated books for middle grade and teen readers, including Izzy, Willy-Nilly, and Jackaroo. She was awarded the Margaret A. Edwards Award in 1995 for her work in literature, and the Katahdin Award in 2004. She lives in Maine.