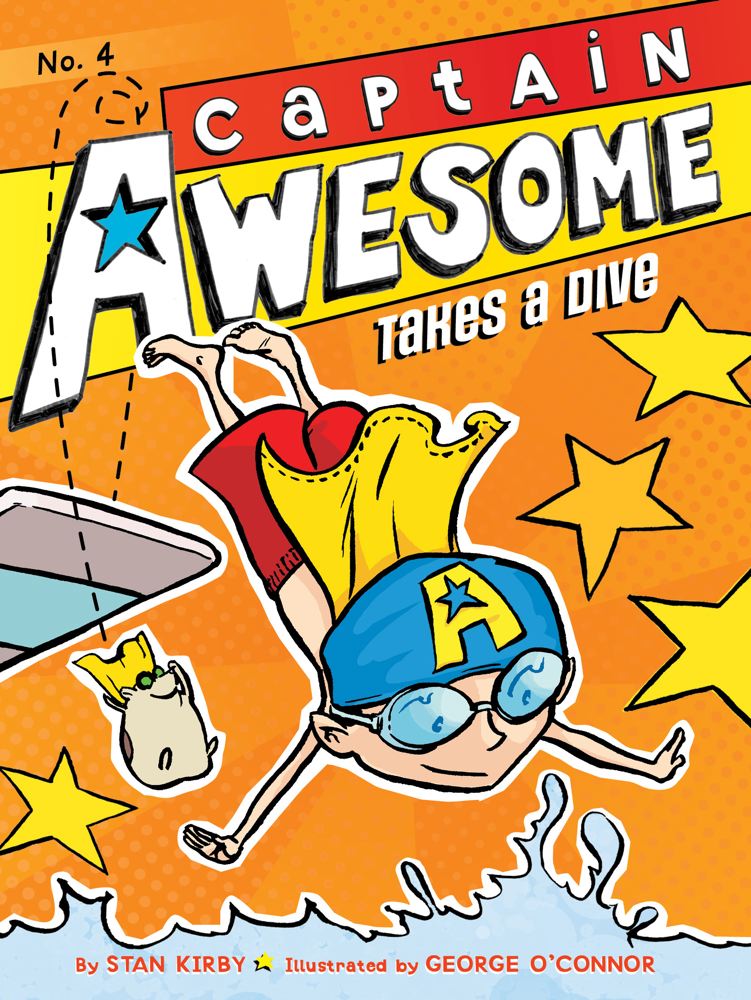 This is book number 4 in the Captain Awesome series.

It’s summertime in Sunnyview and Eugene McGillicudy is off to the pool for swimming lessons. It doesn’t take long for Eugene's superhero alter ego, Captain Awesome, to find a list of reasons why he must defend his swimming class from a cast of comical “bad guys.” MI TEE! While Captain Awesome is busy saving the Sunnyview pool along with Nacho Cheese Man and sidekick Turbo, will he find time to tackle a dive into the deep end before summer ends?
With easy-to-read language and illustrations on almost every page, the Captain Awesome chapter books are perfect for beginning readers.
Stan Kirby tied a beach towel around his neck and became Super Commander Beach Boy when he was six years old. When Stan’s not creating the awesome adventures of Captain Awesome, he loves reading comic books, eating okra, and hang gliding (but not at the same time).

George O’Connor is the creator of the New York Times bestselling graphic novel series Olympians, in addition to serving as the illustrator of the Captain Awesome series. He is also the author and illustrator of the picture books Kapow!, Ker-splash, and If I Had a Triceratops. He resides in his secret Brooklyn, New York, hideout, where he uses his amazing artistic powers to strike fear in the hearts of bad guys everywhere!