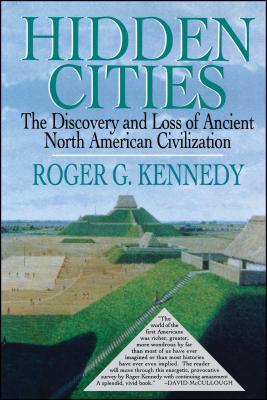 Robert Kennedy, director of the National Park Service, analyzes the discovery of North America and the loss of ancient civilization, from the cities, roads, and commerce of the past as the nation evolved into present day. In Hidden Cities, Robert Kennedy sets out on the bold quest of recovering the rich heritage of the North American peoples through a reimagination of the true relations of their modern-day successors and neighbors. From the Spanish and French explorers that discovered the land that would one day make up the United States to present day in the country, very few Euro-Americans have paid attention to the evidence and meaning of the nation's heritage. As Kennedy shows the magnificence of the mound-building cultures through the sometimes prejudiced eyes of the founding generation, he reveals the astounding history of the North American continent in a way that sheds important light on the credit Native American predecessors deserve but many refuse to give.