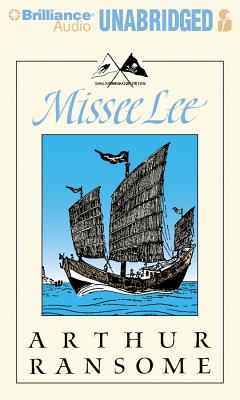 
Currently Unavailable
"In a class by itself." -- The Guardian The original cast of Swallows and Amazons is sailing under the stars and the command of Captain Flint in the South China Seas when Gibbet, their pet monkey, grabs the captain's cigar and drops it into the fuel tank. In minutes, the ship is ablaze (and doomed), and our seven luckless protagonists are adrift in two small boats. They make their way to land, only to ﬁnd themselves captives of one of the last remaining pirates operating off the China Coast. But Missee Lee, as it turns out, is no ordinary pirate; her father had sent her off to Cambridge University to prepare her for a life as a teacher. But when he dies, she is forced to return and claim her place as rightful ruler. She ﬁnds herself struggling to hold together the Three Island Confederation he had created, and to be recognized as his legitimate heir and ruler of the Island Kingdom. "Missee Lee, by Arthur Ransome, seems to be his best yet. Not only are there pirates in it, but a super-female pirate, Missee Lee herself, whose very surprising behavior creates a situation far to good to be given away ... A book to buy, to read, and to read again, not but many times." -- The Observer.