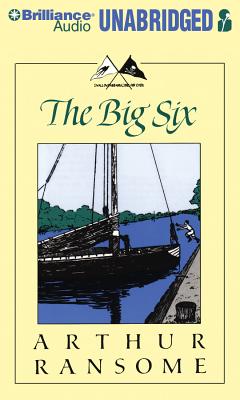 This is book number 9 in the Swallows and Amazons series.

The Coot Club is back and better than ever in this ninth volume of Arthur Ransome's beloved SWALLOWS AND AMAZONS series. When Joe, Pete, and Bill are wrongly accused of casting boats adrift in the middle of the night, the young crew of the mighty Death and Glory vow to find the real culprits and prove their innocence. Together with their fellow Coot Club members, they form the Big Six, modeled after the greatest detective group in the world, and embark on a fast paced, hilarious hunt that will thrill Ransome enthusiasts and young fans of nautical adventure. "Mr. Ransome again equals or perhaps excels himself, and every boy will vote this detective story super." -New Statesman "The adventure, though engrossing, is only part of the book in which the cry and flight of birds, the smell of water and tarry ropes, and the jargon of men and boys brought up to use their hands and senses are all delightfully plain to us." -Times Literary Supplement.