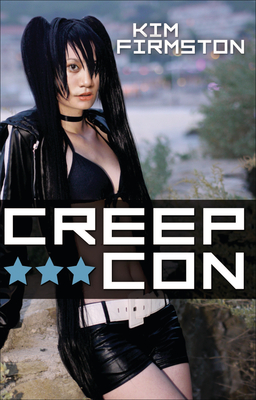 Feeling like an outsider in a new city and at a new school, Mariam finds that her love of comic-book superheroes overlaps with the interests of a new friend who is crazy about manga and anime. When Tya can't go to the big fan convention, Mariam is relieved to meet up with some boys who are dressed as characters from the same manga. Rick, dressed as Mariam's character's love interest, insists that Mariam spend all her time with him and play out their character's romance. When he tries to physically force himself on her, Mariam realizes that Rick is taking everything too seriously, but how can she escape his attention?

KIM FIRMSTON is the author of the Lorimer SideStreets novels Stupid, Schizo, Hook Up, and Touch. Her books have been named Resource Links Year's Best and picked as Canadian Children's Book Centre Best Books selections. Kim lives in Calgary, Alberta, where she runs writing programs for creative teens. Visit her author website at www.kimfirmston.com.