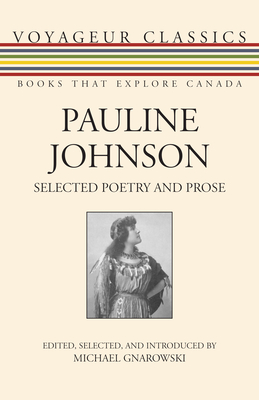 Pauline Johnson was an unusual and unique presence on the literary scene during the late 19th and early 20th centuries. Part Mohawk and part European, she was a compelling female voice in the midst of an almost entirely male writing community. Having discovered her talent for public recitation of poetry, Johnson relied on her ancestry and gender to establish an international reputation for her stage performances, during which she appeared in European and native costume. These poems were later collected under the title of Flint and Feather (1912) and form the source of the selections appearing in this volume.

Later, suffering from ill health, Pauline Johnson retired from the stage and devoted herself to the writing of prose, collected in Legends of Vancouver, The Moccasin Maker (1913), and The Shagganappi (1913), gleanings from which form part of this collection.

Pauline Johnson (1861-1913) was Canada's first Native author. Her most famous collection of verse, Flint and Feather, went into many printings and was successfully followed by three volumes of sketches and short fiction, The Moccasin Maker, Legends of Vancouver, and The Shagganappi. Michael Gnarowski co-edited The Making of Modern Poetry in Canada, compiled The Concise Bibliography of English-Canadian Literature, and edited the Critical Views on Canadian Writers Series for McGraw-Hill Ryerson. He has contributed to many reference works, foremost amongst which are The Canadian Encyclopedia and The Oxford Companion to Twentieth-Century Poetry. Presently, he is series editor for the re-issue of Hugh MacLennan's novels by McGill-Queen's University Press.