Cavalry of the Air: An Illustrated Introduction to the Aircraft and Aces of the First World War (Paperback) 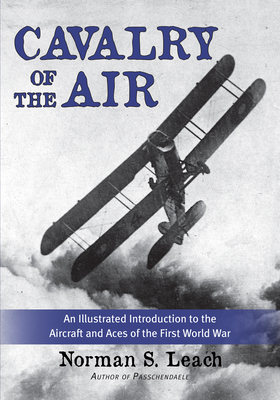 Cavalry of the Air: An Illustrated Introduction to the Aircraft and Aces of the First World War (Paperback)

Many of the airmen of the First Word War who challenged both the enemy and death did not survive. These are their stories.

In the clinging mud and trench warfare of WWI, it was soon clear that the cavalry -- the elite of the elite -- would be of little use.

The dashing men and officers of the cavalry searched for a way to be front and center in the conflict, and found it in the new air forces being established on both sides of the Western Front. Soon lances and sabres were replaced by silk scarves and machine guns. Combat on horseback was replaced by dogfights in the air -- one-on-one and in great flying formations -- always between warriors. No technology changed more in the five years of the war, and none would have a bigger impact.

From Great Britain to Canada to Australia and New Zealand, new heroes took the honour and dash of the cavalry to the air in flying machines -- which would change the face of war forever.

Norman S. Leach is a historian, award-winning freelance writer, professional speaker, and adventurer with five books on Canadian military history to his credit, including Passchendaele and Broken Arrow. He lives in Calgary.