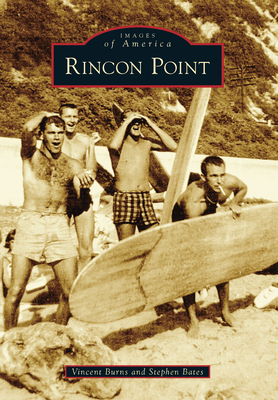 
Currently Unavailable
Rincon Point is renowned as the Queen of the Coast, one of the premier surfing spots in the world, but that is only a fragment of its rich history. Before the arrival of Europeans, it was a Chumash village called Shuku. In the 19th century, it was part of Rancho El Rincon, whose owners included a rich but illiterate Californio rancher, an English physician who made house calls by bicycle, and a Chilean pharmacist who dispensed drugs out of an old ship's cabin. It was the site of a scandalous love-triangle murder in the 1870s, a rickety highway on stilts in the 1910s, and a raunchy honky-tonk in the 1920s. Banditos, nudists, movie stars, long-boarders--they have all shaped Rincon Point, a place immortalized by novelists, poets, painters, photographers, and the Beach Boys.