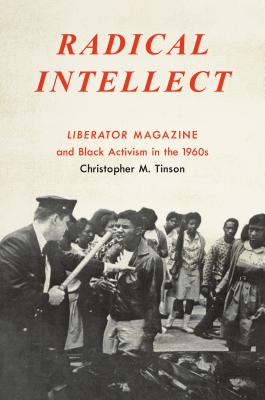 The rise of black radicalism in the 1960s was a result of both the successes and the failures of the civil rights movement. The movement's victories were inspirational, but its failures to bring about structural political and economic change pushed many to look elsewhere for new strategies. During this era of intellectual ferment, the writers, editors, and activists behind the monthly magazine Liberator (1960-71) were essential contributors to the debate. In the first full-length history of the organization that produced the magazine, Christopher M. Tinson locates the Liberator as a touchstone of U.S.-based black radical thought and organizing in the 1960s. Combining radical journalism with on-the-ground activism, the magazine was dedicated to the dissemination of a range of cultural criticism aimed at spurring political activism, and became the publishing home to many notable radical intellectual-activists of the period, such as Larry Neal, Ossie Davis, Ruby Dee, Harold Cruse, and Askia Toure.

By mapping the history and intellectual trajectory of the Liberator and its thinkers, Tinson traces black intellectual history beyond black power and black nationalism into an internationalism that would shape radical thought for decades to come.