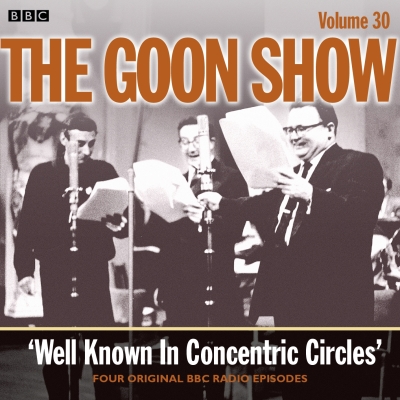 More surreal clowning from one of the greatest comedy teams on radio. Goon but not forgotten In these digitally-remastered episodes, Ned Seagoon, who is bored at the bank where he works, decides to run away with the bank's money. Also, Neddie follows a trail of cold batter puddings to North Africa; has his snowplow stolen during the Great English Blizzard; and is approached by Mandarin Grytpype-Thynne and General Kash-Mai-Chek to participate in an audacious financial coup. Includes: "Dishonoured or The Fall of Neddie Seagoon" Series 5, Episode 12 (14 December 1954); "The Dreaded Batter Pudding Hurler (of Bexhill-on-Sea)" Series 5, second performance (not transmitted); "The Hastings Flyer Robbed" Series 6, Episode 15 (27 December 1955); and "China Story" Series 6, second performance, National Radio Show (29 August 1956).

Spike Milligan was perhaps best known as one of the Goons. He went on to become one of Britain's foremost comic writers and performers. His bestselling titles include "Adolf Hitler: My Part in His Downfall," "Puckoon," and "Where have all the Bullets Gone? "He died in 2002. Eric Sykes was first introduced to showbusiness whilst in the RAF and went on to write for hit BBC radio shows and appear in TV variety shows whilst writing for comedy greats such as Peter Sellers and Frankie Howerd. Although he is over 80, Sykes continues to work, having starred in "Harry Potter and the Goblet of Fire."