The Adventures of Azuki the Miniature Hedgehog and Friends (Hardcover) 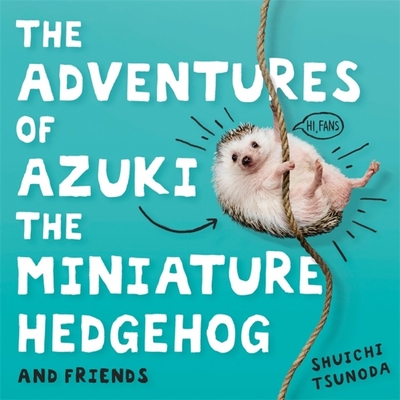 The Adventures of Azuki the Miniature Hedgehog and Friends (Hardcover)


Currently Unavailable
Azuki, the much-loved Japanese miniature hedgehog who became an Instagram sensation, with over 407,000 followers, sadly died on the 20th January 2019. His daughter, Monaka, born on the 8th April 2018, is following in her father's footsteps. This is a collection of adorable photographs of Azuki, Monaka and their friends baking, playing pool, reading and enjoying other mini-adventures.

In his heyday, Azuki was a mainstay of Bored Panda and was featured on Time magazine's website. New York magazine called him 'the only pure thing left in this world', and he appeared in the pages of the Independent and the Sun. He also had thousands of fans in Australia and New Zealand.

The Adventures of Azuki the Miniature Hedgehog and Friends is the perfect gift book for the animal lover in your life who is over dogs and cats and into hedgehogs, for anyone who clicks on Cute Overload for a break from the news, and for Azuki and daughter Monaka's still-growing fan base.

'In Japan, hedgehogs are thought to be a type of rat, and generally don't have a good image,' Tsunoda explains. 'By publishing a photo book, I aim to raise awareness.'

Shuichi Tsunoda is a Tokyo-based commercial photographer and Azuki's owner. In 2016, Shuichi started an Instagram account for his pet, and a star was born. Shuichi was born in Tokyo in 1975. Having graduated from the Department of Graphic Design at Tama Art University, he started working as a freelance photographer in 1998.
http://shuichitsunoda.com/