The Brain: Everything You Need To Know (Hardcover) 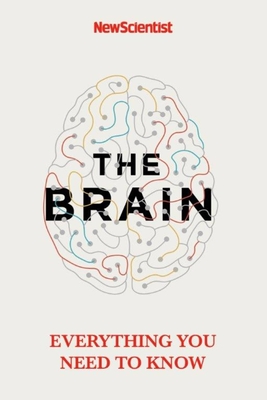 The Brain: Everything You Need To Know (Hardcover)


Currently Unavailable
Join New Scientist on a mind-expanding rollercoaster ride through intelligence, creativity, your unconscious and beyond.

Congratulations! You're the proud owner of the most complex information processing device in the known universe. The human brain comes equipped with all sorts of useful design features, but also many bugs and weaknesses. Problem is you don't get an owner's manual. You have to just plug and play.

As a result, most of us never properly understand how our brains work and what they're truly capable of. We fail to get the best out of them, ignore some of their most useful features and struggle to overcome their design faults.

Until now, that is.

Featuring witty essays and fascinating "try this at home" experiments,New Scientist take you on a journey through intelligence, memory, creativity, the unconscious and beyond. From the strange ways to distort what we think of as "reality" to the brain hacks that can improve memory,The Brain: A User's Guide will help you understand your brain and show you how to use it to its full potential.
Since 1956,New Scientist has established a world-beating reputation for exploring and uncovering the latest developments and discoveries in science and technology, placing them in context and exploring what they mean for the future. Each week through a variety of different channels, including print, online, social media and more,New Scientist reaches over 5 million highly engaged readers around the world.