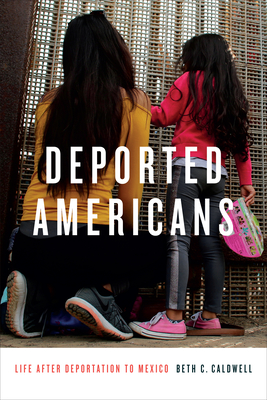 
Ships to Our Store in 1-5 Days
When Gina was deported to Tijuana, Mexico, in 2011, she left behind her parents, siblings, and children, all of whom are U.S. citizens. Despite having once had a green card, Gina was removed from the only country she had ever known. In Deported Americans legal scholar and former public defender Beth C. Caldwell tells Gina's story alongside those of dozens of other Dreamers, who are among the hundreds of thousands who have been deported to Mexico in recent years. Many of them had lawful status, held green cards, or served in the U.S. military. Now, they have been banished, many with no hope of lawfully returning. Having interviewed over one hundred deportees and their families, Caldwell traces deportation's long-term consequences--such as depression, drug use, and homelessness--on both sides of the border. Showing how U.S. deportation law systematically fails to protect the rights of immigrants and their families, Caldwell challenges traditional notions of what it means to be an American and recommends legislative and judicial reforms to mitigate the injustices suffered by the millions of U.S. citizens affected by deportation.
Beth C. Caldwell is Professor of Legal Analysis, Writing, and Skills at Southwestern Law School and was formerly an attorney in the Los Angeles County Office of the Public Defender.