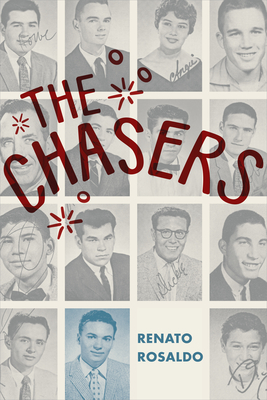 
Ships to Our Store in 1-5 Days
Renato Rosaldo's new prose poetry collection shares his experiences and those of his group of twelve Mexican American Tucson High School friends known as the Chasers as they grew up, graduated, and fell out of touch. Derived from interviews with the Chasers and three other friends conducted after their fiftieth high school reunion, Rosaldo's poems present a chorus of distinct voices and perspectives that convey the realities of Chicano life on the borderlands from the 1950s to the present.
Renato Rosaldo is Emeritus Professor of Anthropology at New York University and the author of several books, including The Day of Shelly's Death, also published by Duke University Press.