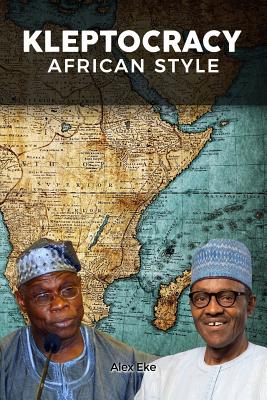 Government corruption isn't new, but it isn't always openly discussed at length. Join author Alex Eke as he explores the immoral practices found on the African continent. Supported by facts, read about the atrocities inflicted on these countries. An in-depth analysis, Kleptocracy: African Style offers a detailed description of the wrong-doings of African government officials and a look at the future.

Commander, Fort Leonard Wood Dental Health Activity. (2014-2017). COL Alex Eke attended the University of Medicine and Dentistry of New Jersey, where he received a Doctor in Dental Medicine degree in 1995. He was commissioned in the US Army Dental Corps in 1998 as a Captain and headed to his first assignment at Fort Hood Dental Activity, Billy Johnson Dental Clinic at Fort Hood, Texas.

Eke is married. They have three daughters and one son.